My friend Anna visited the region of Istria a few weekends ago and brought me back this lovely postcard.

It’s from the town Opatija, located right on the coast of the Adriatic sea, in the Gulf of Kvarner. It’s a popular summer and winter resort, with average temperatures of 10°C (50°F) in the wintertime, and around 25°C (77°F) during the summer.
It’s a very pretty town, but I personally didn’t enjoy the amount of traffic going right through the middle of the town. Also, even though it has beaches, they’re not the kind I like – I really, really don’t like the large pointy rocks. How do you chill there? Where do you put your towel? How do you not hurt your feet trying to get in and out of the sea? I don’t know. :( 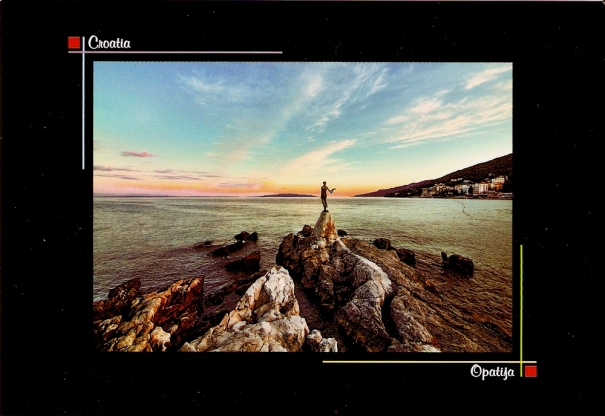 The number one country on my “to go” wishlist… ::looks for a jar to start saving money::

My friend was lucky enough to visit Ireland not too long ago – she was staying in Dublin and got to travel around a bit. She was kind enough to send me these lovely postcards! 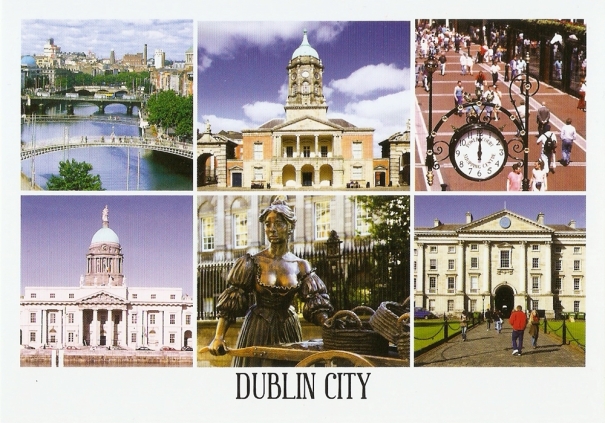 This first postcard is showing Dublin – the biggest city, and also the capital of Ireland. Not sure what is what, but it doesn’t matter anyway, haha! It just looks so pretty! <3 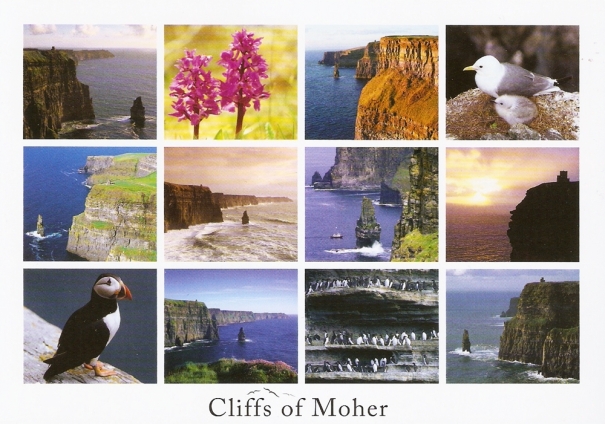 This one is showing Cliffs of Moher, located at the southwestern edge of the Burren region. They rise 120 metres (390 feet) above the Atlantic ocean. The cliffs rank amongst the most-visited tourist sites in Ireland, with almost one million visitors per year. The cliffs take their name from an old fort Moher, which once stood on Hag’s Head, the southernmost point of the cliffs. The cliffs have appeard in many modern media, from movies to music videos – my favorite is definitely “Harry Potter and the Half-Blood Prince”. (yes, yes, I will never grow up enough to stop loving HP!) 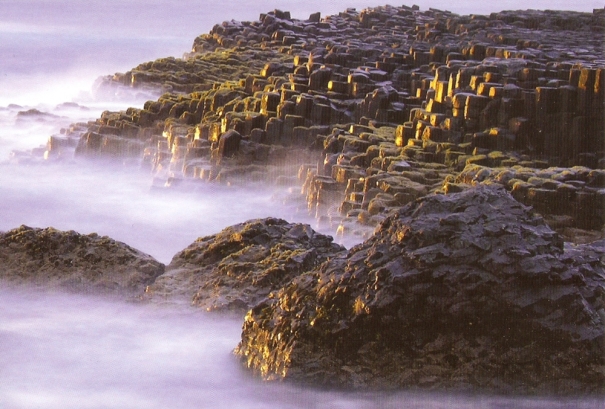 Last but not least, Giant’s Causeway! The Giant’s Causeway is an area of about 40,000 interlocking basalt columns, the result of an ancient volcanic eruption. It was declared a World Heritage Site by UNESCO in 1986, and a national nature reserve in 1987 by the Department of the Environment for Northern Ireland. In a 2005 poll of Radio Times readers, the Giant’s Causeway was named as the fourth greatest natural wonder in the United Kingdom. The tops of the columns form stepping stones that lead from the cliff foot and disappear under the sea. Most of the columns are hexagonal, although there are also some with four, five, seven or eight sides. The tallest are about 12 metres (39 ft) high, and the solidified lava in the cliffs is 28 metres (92 ft) thick in places.

So awesome! Adding these three postcards to my postcard wall as soon as I put away my laptop. :)

Postallove again, you say? Yes!
Having one of these Greetings from… postcards actually sent from the country of origin makes it so much better than going online and buying a blank one (which I, luckily, didn’t do, although it was heavily considered at one point). 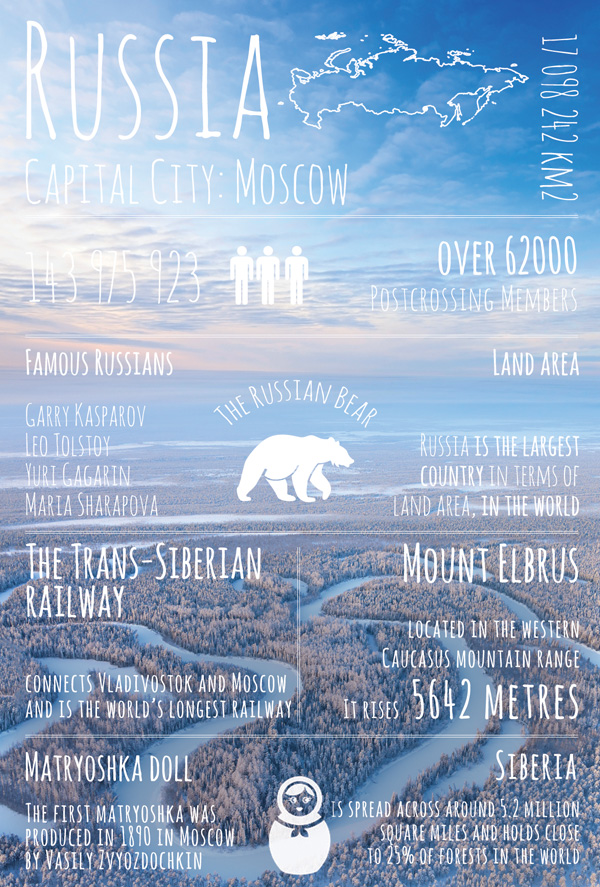 All the interesting facts about Russia & this beautiful image in the background, wow! :)
I really appreciate the sweet Tanya’s effort to send me one of these, especially knowing how they can only be bought online & how some of them are even sold out on the web site. I’m still not a die-hard I-must-have-all-of-them kind of fan of Greetings from… postcards, but every single one of them is greatly appreciated and I really enjoy reading them & then adding them on my wall to look at! :) 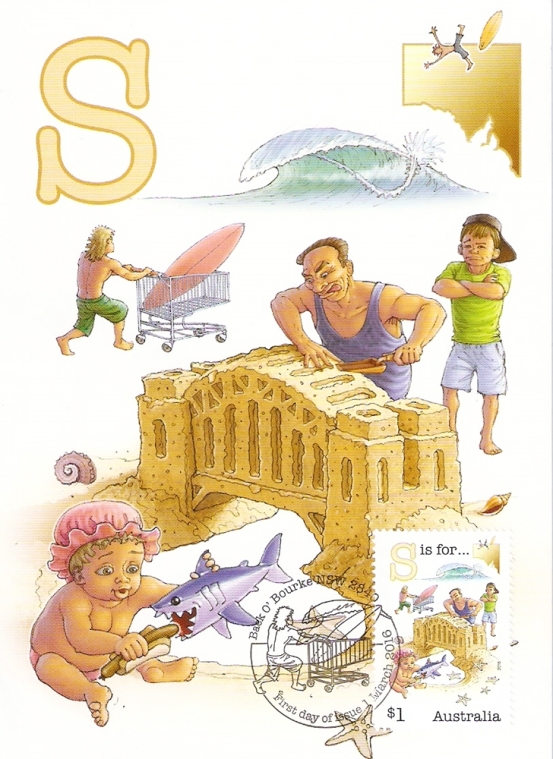 I got this postcard as the official Postcrossing card just a few days ago, all the way from Australia. I swear to you, I was a 100% sure it was my first maxicard ever – I even asked a friend of mine, “It has a stamp on the front side… Do these have a name?” #awkward

Since then I learned that:
a) This definitely ISN’T my first maxicard – I find three more in my collection, all coming from Australia. (Now, of course, I’m curious why Aussies like sending them so much. I’ve heard the postage rates in Australia are rather high so I’m curious whether this type of cards is more affordable – you get a cute postcard with postage already paid – but I honestly have no clue about the price of these things so I can’t tell.)

b) There is an entire post on the Postcrossing blog dedicated to maxicards (CLICK HERE!) and their history and all the interesting facts… and I have never seen it before. Better late then never, I know. ;)

c) I swear, I have no clue if Croatia even has these maxicards available. XD

Don’t let the patch of snow up on the hill confuse you – the printed description on the back of this postcard does indeed say “summertime in Lapland”! *that awkward moment when the shivers go down your back* 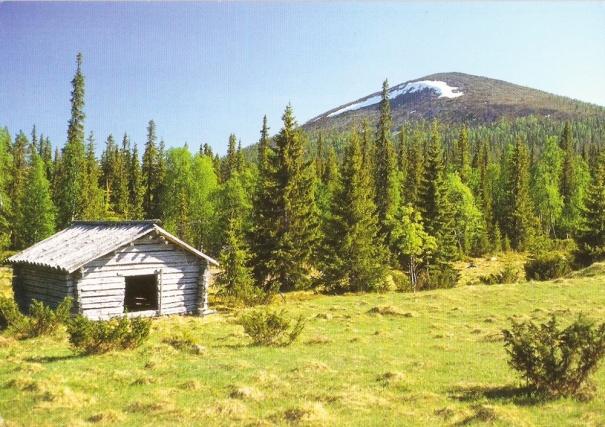 I’m just insanely glad that the weather here in Croatia is getting warmer by the day and that the ridiculous non-stop rain finally stopped. Our spring rarely has any snow (maybe in the high mountain areas, but not here in the city) and there’s no snow what so ever during the summertime. Considering how I could live in some it’s-sunny-and-warm-here-356-days-of-the-year kind of place…. it’s great. ;)

Anyway, I don’t really know much about the postcard other than it’s Finnish and shows nature in Lapland. Lapland is the largest and the northernmost region of Finland. According to the WikiTravel web page, the temperatures in Lapland can plunge down to -50°C/-58°F during the winter and the sun isn’t seen for days during what is known as the polar night. On the other hand, summertime brings what is known as Midnight Sun and temperatures can rise up to 30°C/86°F – although usually they’re somewhere between 10°C/50°F and 20°C/68°F.

Also worth mentioning is that Lapland is considered to be home to Joulupukki or Finnish Santa Claus. And the area is known for its beautiful aurora borealis aka polar light during the wintertime. On my wishlist of things to see with my own eyes for sure, except temperatures of -50°C freak me out, just as the possibility of freezing to death does. :)

Receiving a lovely postcard like this one from Germany reminds me why I enjoy(ed) Postcrossing so much! 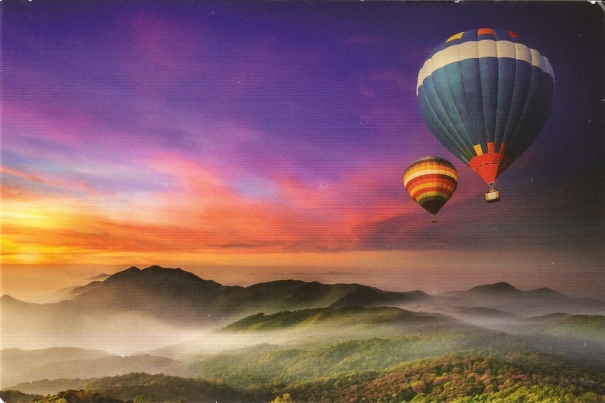 It’s one of the postcards sold by the postsallove.com web site – and I honestly had no clue they had any type of postcards other than those Greetings from… collection. Any day I learn something new is a good day! I’ve been looking through their web site for the last hour and I can pretty much say I WANT THEM ALL. I’m not going to order any because I have way too many blank postcards already and, well, my self control is great… and so on. ;)

Also, stamps! The bunny one is just awesome! 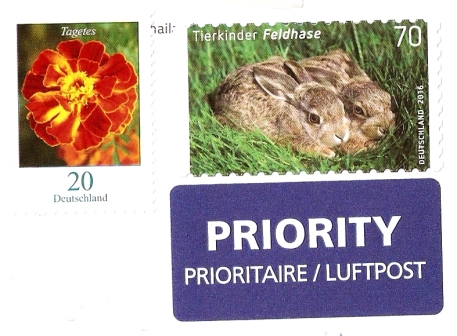 After sending several Postcrossing cards just last week, I was surprised that I have received one myself in such a short time. This lovely postcard came to me from Estonia! 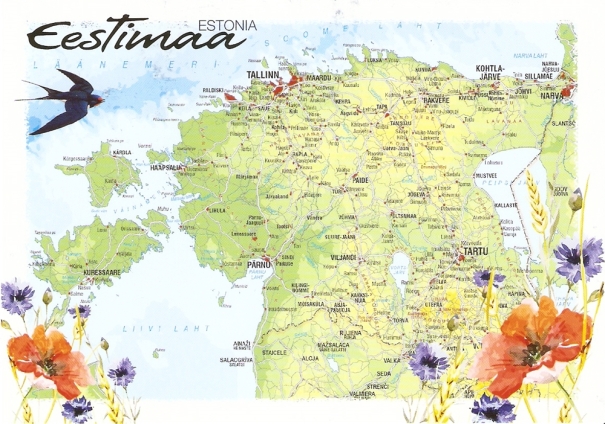 I’m a sucker for maps (seriously, you should see how many road maps I have, haha) so, of course, a map card is a great thing to find in my mailbox. And if it’s from a country I honestly don’t know that much about – it’s even better! Of course I know where Estonia is and I know what its capital city is, and some other basics… but I never really sat down to look at a map of Estonia. So, this was a great chance! Plus, the sender mentioned the name of their town and I was curious to see where it’s located. Took me some time to find it, haha, but I did eventually. ;)